Home  /  Cruises Australia  /  Why Cruises Are So Popular in Australia? 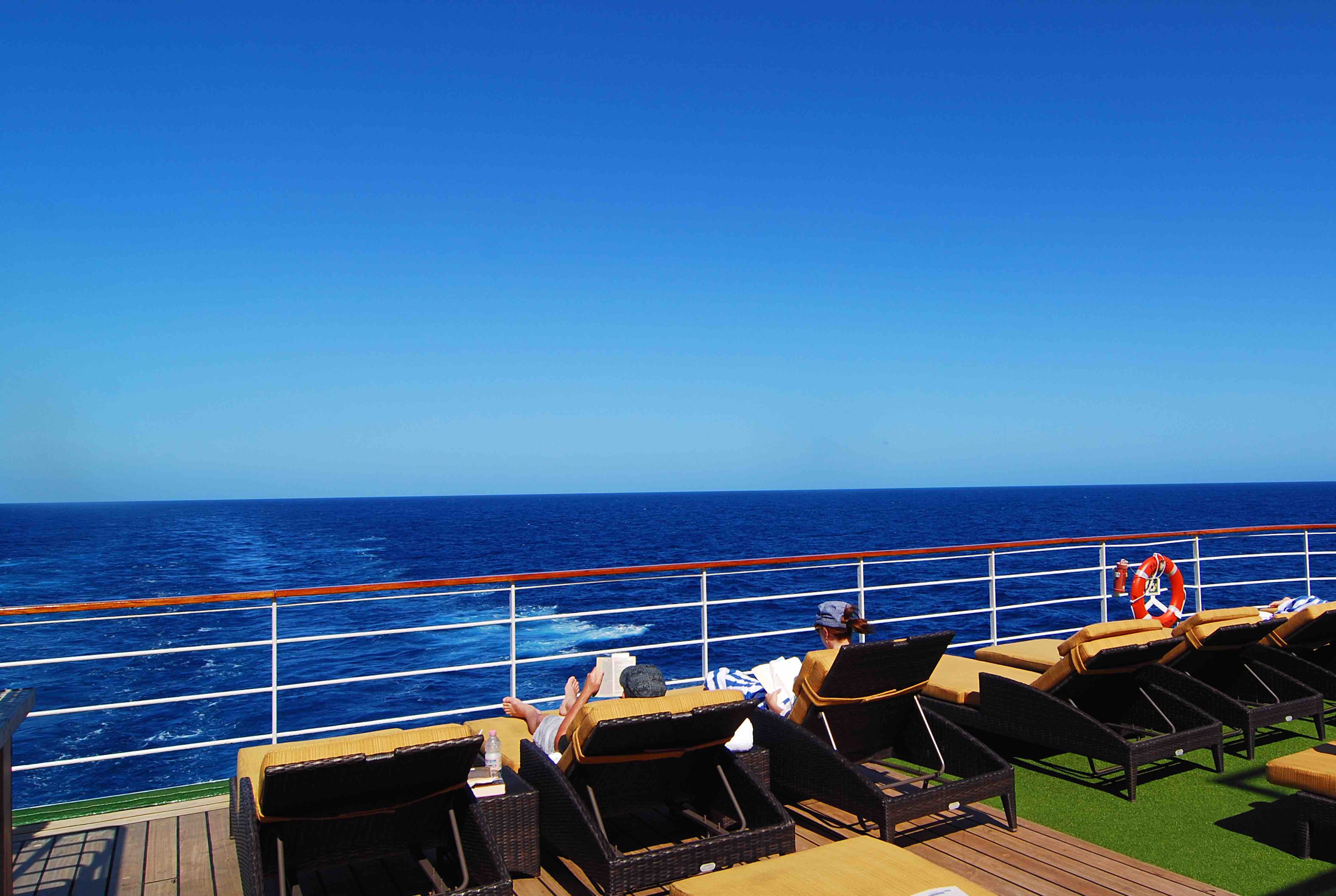 Residents of our harbour cities have noticed cruise ship activity dramatically increasing during the past decade.  Australian cruising is no longer a boutique market served by smaller and mid-sized vessels, and nowadays major cruise lines including Carnival, Royal Caribbean International and P&O relocate their mega-ships Down Under for the Australian sailing season, with some staying on year-round. But just what is it that makes cruising such a popular vacation style for Australians?

A few short years ago, the target number of Australian’s taking a cruise had been tipped to reach 1 million annually by 2020. This timeline was dramatically revised to the year 2016 after 833,348 Australians embarked on cruises in 2013. Well, forget about timelines and projections because the target has already been reached, with 1,003,256 Australian cruise passengers taking to the high seas in 2014.  To put it in perspective, the number of passengers grew by 600% in a single decade. This represents an annual growth rate of around 20%.

The ocean on our doorstep

More than 80% of Australians live within 50 kilometres of the coast. The vast majority of people reside in our biggest cities where infrastructure includes modern cruise ship terminals designed to accommodate growing passenger numbers. Our love affair with the sea is well known, as are the many fantastic local and international destinations accessed by a relatively short ocean cruise.

We are spoilt for choices that include the world famous Great Barrier Reef, fabulous modern coastal cities, the wonders of New Zealand, and the exotic tropical wonderland of the South Pacific Islands. A slightly longer cruise can take in all the best of Asia and beyond. For those with a little more time on their hands, Europe and the Americas have become must-see destinations for seasoned Australian cruisers. The safe and unspoilt beauty of our continent and surrounding oceans is a temptation too good to resist.

The price is right for a cruise bargain

Most people are astounded when they discover the comparatively low cost of  cruising. For the equivalent price of a reasonable land-based hotel, cruise passengers enjoy a private cabin, all you can eat buffets, entertainments, shows, plus additional onboard attractions on their own floating pleasure palace.

Australians love value for money and the opportunity to spend a little extra on special treats. Cruising fits this outlook perfectly, providing all-expenses-included options plus the provision for splashing out when the time is right. Australians aren’t often exposed to the tipping customs of other nations, and bartering is admittedly not our strongest attribute. Australian’s expect the price advertised to be the actual cost of things. Cruising fits the bill.

We understand that ‘you get what you pay for’ and cruise ship companies make a great deal of their profit by providing exclusive onboard facilities for a price. Extras include a la carte dining choices, upgraded spa and wellness treatments, casinos, onshore itinerary activities and personalised services that can even include a private butler and shoe shine. On any given cruise the passengers may range from the budget conscious to extravagant spendthrifts, all united by amazing facilities and destinations. Most people factor in an extra 50% on top of the ticket cost to cover the full gamut of cruising experience – a price that still makes for a bargain holiday.

Cruising has become a family friendly holiday idea during the past few decades. Most ships have evolved from solely catering to elderly and romantic couples, and many vessels are built with unlimited kid’s fun in mind. From giant slides to amusement arcades and kid’s activities clubs, the youngsters have plenty of safe fun options, providing parents and guardians with the opportunity for a little private time.

Even dining options have progressed from set-seating arrangements to the increasingly popular dine anytime option suited to cruising families and groups. An earlier dining time can be coupled with evening kid’s club activities, special sleep-overs, and even child minding services that allow adults to step out for a drink, take in a show, and dance the night away. Try doing all that while cooped up in a land-based hotel resort.

Kids don’t get to hog all the fun on modern cruise ships however, with many of the onboard attractions designed for everyone. You might like to try a FlowRider surf simulator, head to the bowling alley, scale the rock-climbing wall, or improve your swing in the golf nets. More leisurely pursuits include culinary classes, wine appreciation, gambling classes at the gaming tables, or a tour behind the scenes on the ship’s bridge or galley area. Boredom can wait until you get back home.

The expansion of Australian cruising

Australia has become home to some of the most prestigious cruise lines catering to passengers on ocean, river and speciality cruises. Although the ships are the obvious stand-out feature of the industry, continued expansion has relied on port and facilities developments, the opening up of new destinations, competitive travel operators and a huge range of service suppliers at the top of their game.

River cruising, for example, has for a long time been a bit-player in the cruise marketplace, but that is no longer the case. Australian river cruise passenger numbers jumped 62% to around 80,000 during 2014, and the trend is continuing.

Australia’s cruise passenger growth of 20.4%  in 2014 was well ahead of international rivals, with France being the only other market to record double-digit growth, at 13.6%. Australia is a nation with a comparatively small population that is punching well above it’s weight, accounting for 4.5% of global cruise passenger numbers. It would have seemed highly unlikely a decade ago to forecast Australia becoming the world’s fourth largest cruise market behind North America, Germany, and the UK/Ireland.

Cruising close to home or far away

As expected in a country far from the US and Europe, the majority of Australian cruise passengers embark on local adventures around Australia, New Zealand and the South Pacific. These regions accounted for approximately 67% of Australian passenger numbers last year.

Australians are beginning to explore their own country in greater numbers, with a 28% increase in local itineraries for passengers. The South Pacific remains a real draw-card also, attracting a 19% passenger increase. New Zealand has steadily gained traction with overseas visitors, resulting in increased visitors overall but a decline in available passenger berths for Australian passengers.

Europe remains the long-haul cruising favourite for Australians, and is our third most visited destination. Passenger numbers to Europe increased by an enviable 21% in 2014. The trend of Australians exploring further afield has resulted in the Americas hosting unprecedented numbers of Australian cruisers, with an increase of 30% in 2014. The Caribbean Islands and the Bahamas are increasingly attractive, and voyages to the Panama Canal saw passenger numbers grow by a whopping 64% last year. The region is now ahead of ever-popular Alaska as a favourite cruise destination for Australians.

Asian cruising for Australians, previously stifled somewhat by the availability of ships, has been significantly bolstered by major cruise lines including Asia in their South Pacific sojourns. In 2014, Asian destinations attracted a 25% increase in passengers from Australia.

Your own private space

As passenger demographics have evolved, cruise ship companies have kept pace, designing and building vessels that can accommodate everyone. Larger cruise ships incorporate dozens of cabin and stateroom options that include expansive family suites, penthouses, balcony cabins, adjoining cabins for larger groups, and solo cabins for singles. Regardless of your status, high quality fittings and furnishings are the norm, with opulent extras available that can include a private spa bath, floor to ceiling glass doors and even a baby grand piano.

Cabin choices are made even easier due to modern cruise ship design elements that include state-of-the-art stabilisers, propellers, and steering mechanisms that result in a smooth ride and greater fuel economy. Whether you choose to venture out and mingle with fellow passengers, or repose comfortably in your room watching satellite TV or catching up with friends back home via Wi-Fi internet, your cabin will become a relaxing home away from home.

Exploring the ship is half the fun

For those of you who have been asleep during the past decade or two, it could well be time to find out what all the cruise ship hype is about. From the moment you board your vessel, especially if it is one of the latest and greatest mega-ships, you will be astounded. These vessels are dripping with luxury and opulence in both design and decoration.

Depending on your ship of choice you might discover majestic marble staircases, hugely ornate crystal chandeliers, exquisite artworks and sculptures, a grand atrium, classic theatres and showrooms, themed swimming pools both indoor and outside, restaurants catering to cuisines of the world for every culinary whim, plus bars, clubs and venues for any music and social taste. The list could go on and on, but it’s best if you discover it all for yourself.

Add to all this the opportunity to make new friends from around Australia and the rest of the world, spend quality time with loved ones, or even meet that new special someone, and it becomes easy to see why cruising has become so popular with Australians. Sure, it may only be a fantastic and whimsical diversion from the humdrum of everyday life, and every cruise must come to an end, but who doesn’t deserve some special time away, where troubles can be left behind and every need and whim catered too, at least for a while.

But fret not, because cruising is better value than ever, and if you are like most people, your first cruise will be the first of many as you discover the best of Australia and beyond. Australians are known for their down to earth nature and funloving spirit. Cruise ship holidays are designed for real people who want to enjoy life. Australians and cruising make a great partnership.