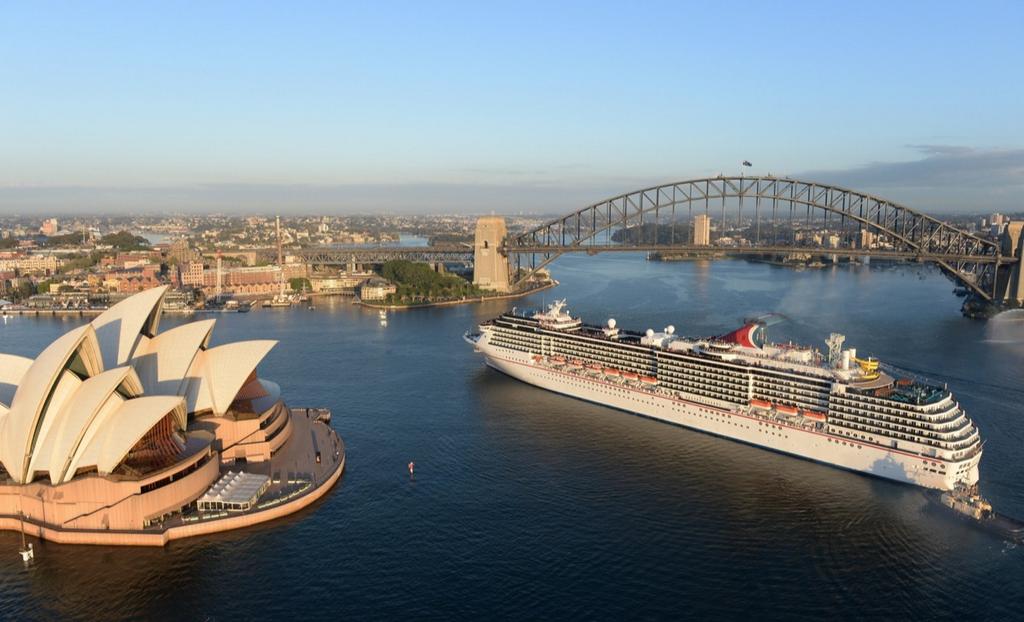 Social media was hot in the last two days because Carnival Legend arrived to Sydney and started the cruise season; even though, the ship hardly fit in the harbour. Cruise companies say that this season will be the biggest ever in Australia, due to the growing popularity of cruise holidays.

My How Many Cruise Ships Are There? post mentioned Carnival Legend as one of the Spirit-class cruise ships.

I collected a few great photos from Twitter about Carnival Legend’s arrival and departure from Sydney Harbour.

Carnival Legend arrived in #Sydney this morning for the first time, kicking off the #cruise season. pic.twitter.com/7vBs6fbK6D

One of the most memorable shots of @CarnivalCruise Carnival Legend’s arrival in Sydney Harbour this week. pic.twitter.com/rhZ7VbZKv9 — Carnival Australia (@CarnivalAusNews) September 23, 2014